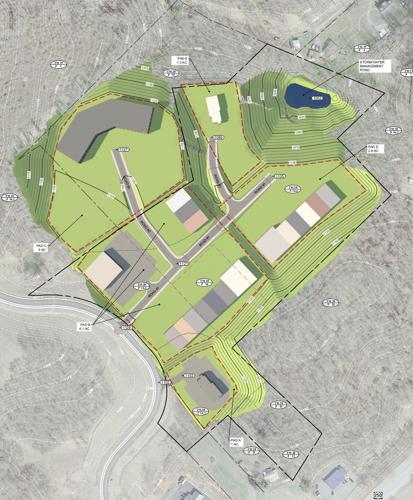 FAIRMONT — Soon the Middletown Commons may not be the only development to get excited about south of Fairmont.

The Marion Regional Development Corp., the official development apparatus for Marion County and the City of Fairmont, finalized a deal to purchase a plot of land from the High Technology Foundation adjacent to US 250 and the High Tech Park for $1 million.

The 22-acre property has been held by the Foundation for years with the intention of eventually building some commercial amenities for the workers within the park. However, that concept was low on their list of priorities and is in the final phase of its four-phase plan.

The first phase is what’s already completed in the park. The second phase involves land between the High Tech Park and the Fairmont Industrial Park and filling that space with data-based businesses. The third phase involves land behind the Robert H. Mollohan Research Center. The fourth phase would have been encompassed the property MRDC just purchased.

According to Jim Estep, president of the High Technology Foundation, MRDC offered to pursue phase four while the HTF focuses of phases two and three.

“I’m really excited about this partnership between the High Technology Foundation and the MRDC. It’s really a great fit based on what we want and what they want,” Estep said. “There’s a lot of great synergy there and a lot of good will come of it.”

The development of the property is still in its infancy and all that has been done so far is the construction of a road into the area. MRDC Director Allen Staggers hopes that this will further expand the economy of Marion County.

His hope is to find a company that is interested in developing and building up the property while the MRDC acts as a facilitator, but that is “further down the road.” For now, the possibilities of new businesses that may move in include everything from fast food to dry cleaners.”

“We’re letting developers know this property is available to gauge interest,” Staggers said. “At the same time… we will be exploring our options to develop this site. Exactly what those are I can’t say for certain, but we’ll be exploring federal funding for the work.”

State funding is what paid for this acquisition. The West Virginia Infrastructure & Jobs Development Council loaned MRDC $1 million for the acquisition.

While the majority of the work that needs to be done is physical development, there are also clerical aspects that need to be addressed as well. Currently the site is located in the City of Fairmont’s technology zoning district, which prohibits most types of commercial development. The MRDC will have to work with the city manager’s office to adjust the zoning before anything is approved for construction on the site.

This acquisition fits hand-in-hand with the work along US 250 at the Middletown Commons. Staggers and MRDC President Nick Fantasia both complimented the progress at the Commons.

“This gives us the opportunity to bring in developers that aren’t present in the market as well as developers who are,” Fantasia said. “If we can help the Biafora’s out with their efforts at the Middletown Commons and form a symbiotic relationship. That’s a big win for us and that’s a big win for everyone.”