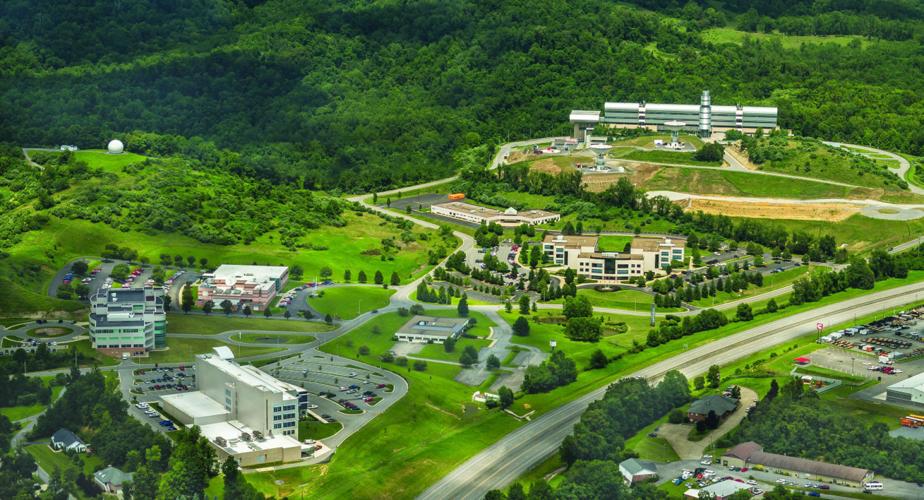 FAIRMONT, W.Va. (WV News) — The West Virginia High Technology Foundation is making headway in its goals to build a NOAA ground station to monitor and collect space weather and climate data, as well as a solar test bed that officials hope will bring growth to the renewable energy sector.

Foundation President and CEO Jim Estep said the foundation is working on the construction of a third satellite ground station for NOAA, which will collect space weather data in an area of space known as Lagrange 1.

He explained that space weather affects the weather and climate here on Earth, and having the third ground station would give the park the “most comprehensive coverage and collection of climate and weather data on the planet.”

“There’s construction in the facility, but we’re also building another antenna system,” Estep said. “There will ultimately be four satellite launches as a part of that program, so we’ve already started discussions and planning for

those additional satellites, which will require additional antenna systems over the next few years. That adds another layer to our plans to capture as many of these satellite programs as we can that involve the collection of data, especially climate and weather data.”

Estep said this project has been long in the works, and he’s excited that it’s finally getting to the point where ground has broken.

There is also a partnership in the works with the state’s two largest universities to further capitalize on the climate and weather data industry, something that he hopes will be fully up and running this time next year, Estep said.

“We’re working with (West Virginia University) and Marshall right now on a pretty significant data sciences initiative involving a program in which we want to get the student body population at those two institutions involved in and exposed to the commercial climate and weather sector,” Estep said. “This is a sector that is growing rapidly. It’s already $7 billion, and that’s projected to double. We believe we have several of the fundamental building blocks here in our community that would allow a significant portion of that sector to grow here. …

“Our most fertile ground for innovation and entrepreneurship to help seed that is WVU and Marshall, so we’re putting together a program we’re hoping to launch in late winter (2022) or early spring of 2023. I hope that, by this time next year, that program is really a significant activity that we’ve got going.”

Estep and his team are also developing a one megawatt solar test bed, which, when completed, will generate energy and be used for testing, evaluation and research and development. He said this test bed will hopefully be the first step in expanding the use of large-scale solar technology in the region for renewable energy.

In addition, with more and more companies in the technology and knowledge industries putting a greater emphasis on renewable energy, Estep said the state needs to keep up with the times to be attractive to incoming sectors.

However, while the scientific portion of the project has already begun, Estep said the physical construction of the test bed has hit a snag.

“We had hoped to actually begin construction, however with everything happening with supply chains because of COVID and the economy in general and some of the new prohibitions on where you can buy pieces, that’s slowing down the actual construction of the physical test bed,” Estep said. “Fortunately, building the test bed was only one component. There’s also a research and development component, which we’ve recently begun. We’re doing that in a close working relationship with WVU and Mon Power/First Energy.”

Overall, though, Estep said he’s optimistic about the I-79 High Technology Park’s future, and he hopes that in a year’s time, a fully operational data center and the new ground station will be completed and ready for use.

“We’ve made great progress,” Estep said “Capturing the space weather program, which was about two years, was a big deal. We have, for several years, have been planning and strategizing the growth of data center capabilities in the park. We’re finally reaching a point where we’re going to be actually building them. That’s a significant milestone for us because over time, the development of data centers in the park could become quite a major activity to go along with our expansion of satellite ground systems. …

“The last couple of years, we’ve been spending a lot of time developing plans to expand data centers here in the park, and I’m hopeful and excited that we’ll be able to start construction on the first one in the spring. It should be a pretty big deal. Not only will it be great having a high-capacity data center in the park to get us rolling, but we’re also trying to leverage that to expand the bandwidth capability coming in and out of the park, as well.”

Article as originally published in The State Journal on November 21, 2022