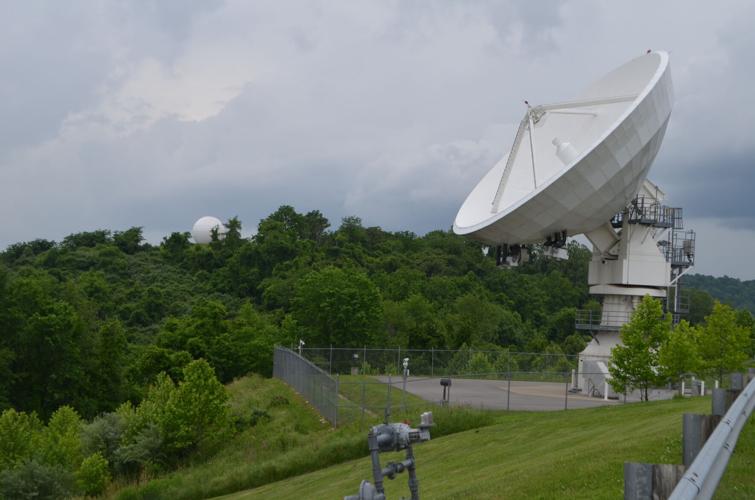 FAIRMONT — The West Virginia High Technology Foundation has two major projects in the works for the I-79 High Technology Park this summer: a solar test bed that could spark growth in renewable energy, and a new NOAA ground station that will monitor and collect space weather data.

Foundation President and CEO Jim Estep said his team is in the process of finalizing plans for the solar test bed, which will include a 1-megawatt solar grid. He said this grid will generate energy and be used for testing and evaluation and research development.

The production of the test bed, which will be the result of a collaboration among the Foundation, West Virginia University, and FirstEnergy Corporation, began thanks to the West Virginia Legislature passing a utility solar bill in 2020, which led to energy companies Mon Power and Appalachian Power launching “significant” solar generation projects, according to Estep.

“We need to push that along and build on the momentum that that legislation created so that we can accelerate to the extent we can the deployment of large-scale solar technology, at least in North Central West Virginia,” he said. “A solar test bed will involve research and development intended to help increase that momentum. It will also include the testing and evaluation of various battery technologies. …

Estep said the Foundation is putting an emphasis on the solar test bed project because the technology and knowledge industries are putting more and more of an emphasis on renewable energy, and if the state wants to keep up, they must, too, expand their methods.

“We can’t hope to participate or continue to expand our participation if we don’t push that along here in West Virginia,” he said.

Estep explained that the solar test bed will use techniques and methodologies that use weather and sensor data to help improve predicting the distribution of energy resources, which ties in with other projects at the park led by NOAA.

Additionally, it will send a message to the sectors in which the Foundation is involved, Estep said, and eventually, he hopes it will lead to the I-79 High Tech Park becoming a carbon-neutral location.

“That would be another attraction to the industries we’re trying to establish,” Estep said. “It’s all part of the bigger master plan to build that business case for a knowledge sector. It’s another contributing component.”

In another project, the Foundation is working to construct a third satellite ground station for NOAA. Estep said there are already two ground stations in the Fairmont-based park, which have been crucial to weather and climate data collecting for years.

“We, of course, have had the GOES-R satellite ground station here at the park for many years, and that program involves what’s called geostationary satellites, which means they sit up in the same place in the sky and orbit with the Earth,” Estep said. “They sit over the North American continent, which allows them to provide weather data for this hemisphere of the planet.”

Another station exists for the Joint Polar Satellite System, which monitors satellites that orbit the Earth from pole to pole to collect data.

This new station, though, will monitor a different kind of weather data entirely: That of space itself. The new station will collect data from a satellite that will eventually sit in an area of space known as Lagrange 1.

“It’s kind of a central point between the Earth and the Sun, and (the satellite is) going to collect data that’s associated with space weather, which impacts weather conditions on the Earth, but can also affect satellite communications,” Estep said. “it’s important that we have this third ground station because now we’ll have the most comprehensive coverage and collection of climate and weather data on the planet here in Fairmont.”

Estep hopes both of these projects will be completed by the end of the calendar year, but there is no set completion date just yet.

He added that both the ground station and the solar test bed could mean huge things for the I-79 High Technology Park and North Central West Virginia in general, and he’s excited to see both projects get up and running.

“Every time we can add another climate and weather-related operation, whether it’s data collection or computation, that just strengthens our position as the epicenter of the expanding commercial climate and weather industry, which has a multi-billion-dollar potential,” Estep said. “We are creating the foundational pieces for what could be a very significant commercial sector growth in West Virginia. …

“The solar test bed is critically important because we will never reach the potential associated with this commercial climate weather industry unless we can demonstrate that we not only make renewable energy available but that we’re leaning forward to become a leader in renewable energy.”

Article as originally published at The State Journal on June 6, 2022.