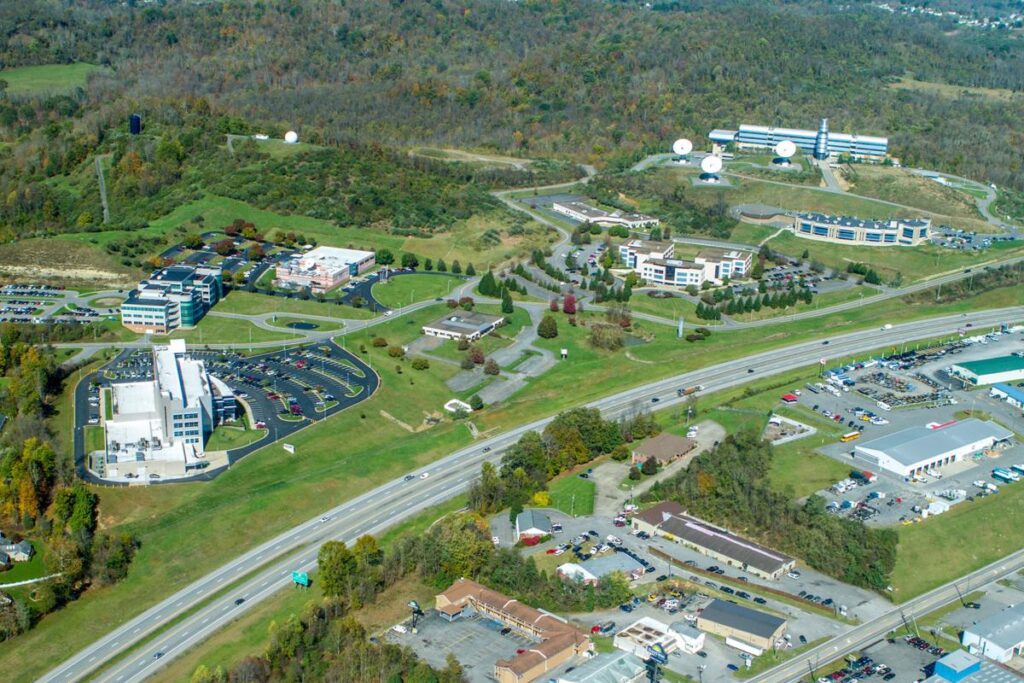 FAIRMONT — After months of work, the West Virginia High Technology Foundation is nearing completion of the first part of Phase III at the I-79 Technology Park, and officials are in talks with several federal agencies for recruitment to North Central West Virginia.

The foundation has also secured an agreement with the National Oceanic and Atmospheric Administration to make the technology park, where NOAA currently has a facility, the administration’s official site under its continuity of operations plan (COOP), according to Jim Estep,

president and CEO of the foundation.

“What is required of every agency is to have a game plan in place that includes remote sites that would allow the agency in short order to continue their normal operations,” Estep said. “Each agency must pick theses sites and invest in those sites so that they can be compliant and these sites can house them. We were able to convince NOAA that this park was the best place for that.”

Estep said having a federal agency invest in the area in such a way is a huge win for the foundation and the economy of the state. He also mentioned that the implementation of a new Mon Health outpatient clinic at the park makes the idea of having a COOP site in Fairmont even more attractive.

“One of our objectives here at the park is to try with the best of our ability to establish resources and infrastructure in the park that provide for any agency COOP site, and one of those requirements is health care,” Estep said. “Having this new Mon Health facility here has a really important strategic value for what we’re trying to achieve.”

The foundation is also working to complete the first part of Phase III of development at the park, which, when completed, will open up several more

parcels of land to incoming agencies — parcels the foundation is offering free of charge.

“We’re finishing that up, which includes sidewalks, and we’re preparing to put the wiring in for the streetlights,” Estep said. “That will wrap it up. We’re very close to being done, and we’re hoping to continue with another segment into Phase III. There’s a proposal in the governor’s office.”

With Phase III so close to completion, Estep said the foundation is now in talks with a variety of agencies in hopes of recruiting them to the park, although COVID-19 has prevented as many in-person meetings as Estep would like.

“As we’re talking to federal agencies that are looking at moving, we have pictures and information about the road, and we provide that to them,” Estep said. “We haven’t been able to get many to come out in the last several months for obvious reasons, but we send that information to them and say, ‘Here’s a consideration for you.’”

While Estep didn’t mention any specific federal agencies that are currently in talks with the foundation, he said the process does indeed look promising, and he hopes to have some agreements finalized in the coming years.

“We are actively involved with over seven potential federal operations right now,” Estep said. “We don’t necessarily expect that all seven will relocate to the I-79 Technology Park, but if over the next four to five years, we got two of them, I would consider that a real success. … In terms of expectations, that’s where we are.”

Estep said he can’t take all the credit for these potential agreement. He mentioned that support for the park from the state government is at an all-time high, which is something he very much appreciates.

“One thing that is giving me more optimism than usual is the unprecedented engagement from the state of West Virginia and the governor’s office on recruiting federal operations,” Estep said. “That is really happening. We’ve had more engagement than we’ve ever had, and that could be a really game-changer in terms of our ability to recruit.”

Overall, while the pandemic certainly had an effect on the foundation’s plans for 2020 and beyond, Estep said he’s generally pleased with the park’s position, given the circumstances, and he’s excited to show more federal agencies everything the I-79 Technology Park has to offer.

“I’m very optimistic,” Estep said. “There’s really not much of a silver lining to this pandemic cloud. However, there’s a silver thread that could push federal operations to West Virginia, which could be great for our economic basis.”