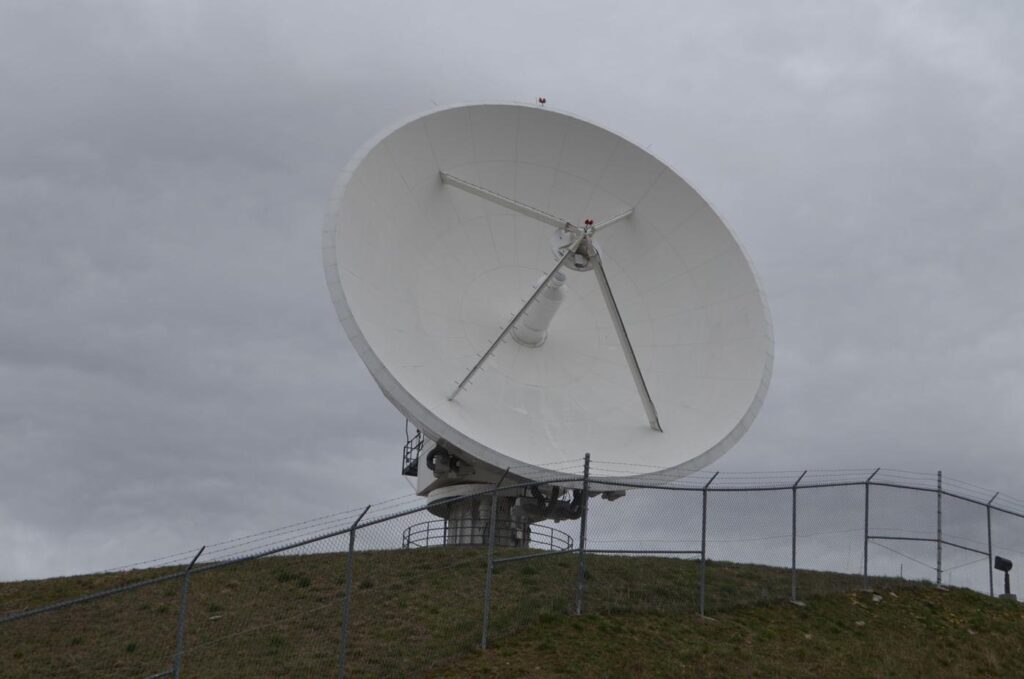 FAIRMONT, W.Va. (WV News) — After years of recruiting federal agencies to the I-79 Technology Park in Fairmont, the High Technology Foundation has been able to successfully partner with Gov. Jim Justice’s office to further expand the recruitment process to encompass the entire state.

Jim Estep, president and CEO of the foundation, said the partnership has been a long time coming, and he hopes that other state

officials get on board with the initiative.

“We have, for the first time, been able to forge a partnership with the Governor’s Office to actively pursue additional federal operations not just to the I-79 Technology Park but also to the entire state, expanding our federal anchor model as more of a statewide economic diversification strategy,” Estep said.

“We are developing that partnership, called the ‘Opportunity Move’ program, he said. “It’s being championed directly by Gov. Jim Justice, and we’re hoping that during this legislative session, they’re putting together funding resources so we can really ramp this effort up and make it a major component of the state’s economic development strategy.”

Estep said he’s been trying to bring the state’s attention to the idea of federal agency recruitment for a number of years, and now that he has it, he hopes to make it clear just how beneficial it would be to both the state and country to bring more federal agencies to West Virginia.

“I really can’t overstate how important it is that Gov. Jim Justice has embraced our federal anchor strategy,” Estep said.

“This is the first time that the state has really stepped up, and I’m certainly very grateful for that,” he said. “I’m also energized because of the potential. I think that this is actually a very opportune time, because the pandemic has emphasized the national security problems that Washington, D.C., has with so many federal operations clustered together. …

“In addition to that, we are in uncharted territory when it comes to our national deficit. We are simply never going to solve that problem by having so many federal operations actually operating in the Greater Washington, D.C., area. It’s literally the worst place in the country to spend taxpayer money. With that motivation, it’s the ideal time for the state of West Virginia in an organized, systematic manner to recruit as many as we can to our state.”

While Operation Move is a big program that Estep hopes will launch in full soon, he said recruitment efforts for the I-79 Technology Park are still going at full strength, as well, and he hinted that a deal could be signed with new agencies in a matter of months.

“We have been working with a couple of potential new federal agencies who we think may be very close to coming to the park,” Estep said. “2020 really slowed everything down, but it didn’t totally derail everything. We’re already seeing signs that things may start to pick up. I’m hoping that, maybe by summer, we’ll be able to announce that another federal anchor is coming to the park.”

One of the largest federal agencies that Estep and the foundation have recruited to the park is the National Oceanic and Atmospheric Administration, which has grown its presence in Fairmont

over the past few years.

“Having this unique combination of NOAA assets also puts us at the potential epicenter of what could be a multibillion-dollar expansion of the private climate and weather industry, which is already like $7 billion or something like that.”

Estep explained that the climate and weather industry is driven by the data that NOAA collects, and if access to that data could be increased, everyone would make more money.

“Private companies take that data and do things with it and sell it, but anybody in that sector is going to tell you that getting access to that data and working with that data is pretty challenging,” Estep said. “NOAA and the U.S. Commerce Department believe that they can make double from this private climate and weather sector if they create a way where people, and entrepreneurs especially, could get access to data much more easily.”

Estep said NOAA reached out to some cloud providers several years ago to ask if the agency’s data could be stored in their clouds free of charge. Then, the cloud providers could sell the data to private entrepreneurs in the climate and weather industry.

Estep said the idea wasn’t embraced that well, with Amazon, Microsoft and Google being the only companies to take NOAA up on the request, at least partially.

To increase interest in the idea, both for cloud providers and private entrepreneurs, Estep said the High Technology Foundation has partnered with Amazon, Microsoft, West Virginia University and others to hold a March 17 virtual conference where NOAA can talk about the advantages of storing and purchasing its data.

“We could hold this event and follow it up with a series of business competitions and hack-a-thons and whatever to try and, for lack of a better word, harvest … ideas for new companies or innovation that would drive customers to the cloud providers, which would then drive the demand for the cloud providers to put more of NOAA’s data in the cloud,” he said.

Estep said he plans on holding a series of similar conferences and events to further “plant the seeds of innovation,” and it’s possible that the climate and weather industry could mean huge things for West Virginia’s economy.

“On a bigger picture, the question here from a vision perspective is, ‘Is data the next West Virginian coal scene?’” Estep said. “You’re basically ‘mining’ NOAA’s climate and weather data for economic value.”

Article as originally published by WVNEWS on March 7, 2021