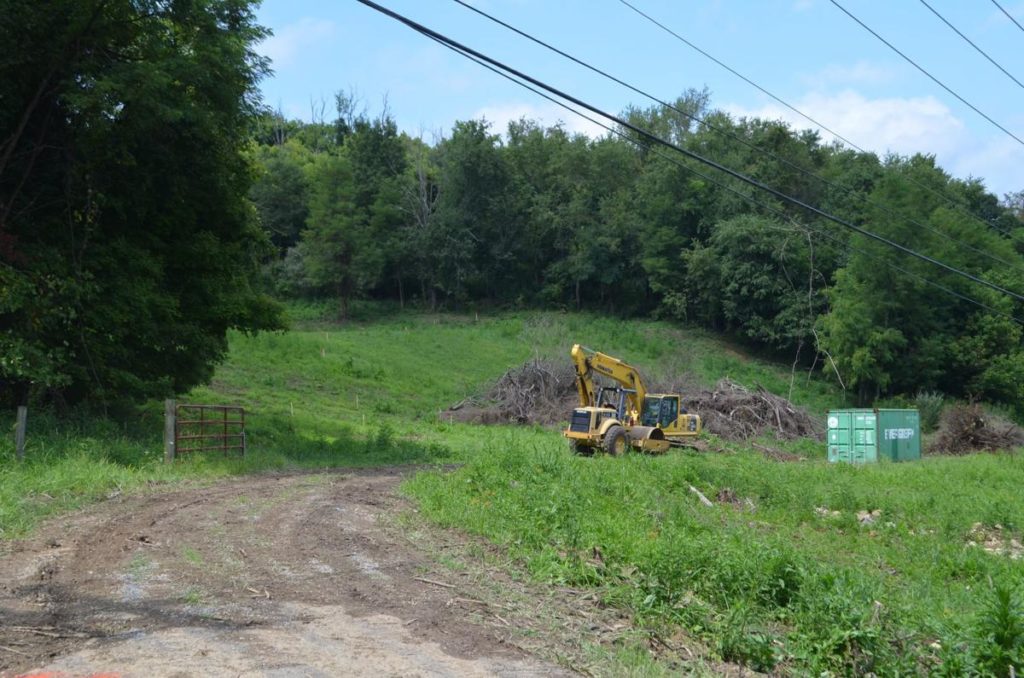 FAIRMONT — After years of finding funds and drawing up plans, the High Technology Foundation is ready to begin work on Phase III of the I-79 Technology Park.

Phase III, which will build a road to a currently uninhabited section of the park, is set to initially provide for four building pads for incoming federal anchors. Jim Estep, the foundation’s president and CEO, said this project has been a long time coming, and he’s ready to finally get started.

“We’ve spent the last six or seven years at least trying to come up with the money to open Phase 3,” Estep said. “We’ve finally got it, so now we’re going to a new stage with the park. That’s a big deal, and I hope that it will allow us to keep the momentum we’ve had in the last decade in recruiting these federal operations.”

But the technology park’s success hasn’t been easy. And it bothers Estep that some still fail to see value in supporting the effort.

“It’s been very difficult to find resources to develop our park, and that’s very frustrating for me, because this should be the No. 1 priority for the state of West Virginia, in my opinion. Not only am I excited by the fact that we finally are moving forward, but when you consider the potential for what this means for our community and state, it’s very satisfying. I’m thrilled to be taking it to this next level.”

New federal anchors aren’t the only plans for Phase III. Rod Rogers, the foundation’s vice president, explained that the park’s new area will provide its future and current employees with a unique program.

“We’ve got to be able to attract and retain high quality employees,” Rogers said. “The quality of employees that we’re going for like a wellness concept, so we’re putting in a wellness program with an in-house pool, hot tub sauna, a workout area and a patio for early morning yoga classes and spinning classes. Then, there will be a series of trails that go throughout the property, down next to a series of streams and creeks and ponds.”

Rogers said that the trails are actually the most unique thing about the concept, and said that a special property they’ll have will make the park even more eye-grabbing than it already is.

“There’s not going to be anything like it in the United States,” Rogers said. “The trails will be illuminated with solar panels and have a camera system that feeds into our security system, complete with panic buttons along the trail. But what really sets us apart is the coating along this trail. It’s spongy, and during the day it absorbs solar energy. At night, once the sun goes down, it emits a blue glow …

Estep agreed, and said that, in order to attract and retain high quality employees, things like this now need to be done.

“One of the biggest obstacles to this state’s revitalization and economic growth is replenishing the workforce and recruiting the workforce back,” Estep said. “Efforts like this are very important in that context. We have to make that a big part of everything we do.”

Estep said that finding funding for this new section of the park has been difficult, but he’s happy that several federal sources have been confident in the park’s success.

“The funding for this road access came through the Federal Office of Surface Mining and their abandoned minelands program, which was channeled through the West Virginia Department of Environmental Protection,” Estep said. “I’ve been so grateful to them for their support of this project and their forward thinking attitude about this. It’s been very refreshing to work with them.”

Estep said that Phase III, which will start at a new road close to the entrance of the park and journey into the land behind the Robert H. Mollohan Research Center, will also allow for a modest commercial area closer to the park’s entrance.

“At this point in time, we won’t have a large commercial development,” Estep said. “It’ll just be a couple of amenities, but that goes back to the fact that our objective here is to open up Phase III and make it as attractive as possible for additional programs we’re trying to recruit like the supercomputing center and cybersecurity program that each bring with them substantial contracting opportunities.”