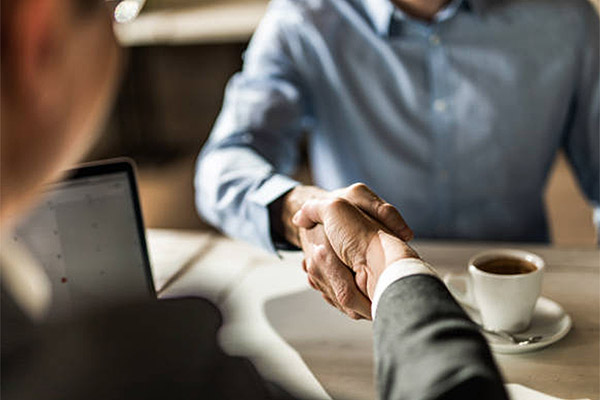 If patience is a virtue, then Jim Estep may be the most virtuous man around.

President and CEO of the High Technology Foundation, which has spearheaded technology development in North Central West Virginia for more than 20 years, Estep has waited patiently to be able to expand the foundation’s showpiece, the I-79 Technology Park.

Like many businesses or industries, the technology park has had its boom and bust periods, skirting bankruptcy to emerge stronger than ever.

Already home to federal anchors like NOAA and NASA, as well as employing about 1,200 people in a wide range of technology-drive companies, the I-79 Technology Park is ready to embark on Phase III of the development, a phase that has been at least six to seven years in the making.

“We’ve spent the last six or seven years at least trying to come up with the money to open Phase III,” Estep said. “We’ve finally got it, so now we’re going to a new stage with the park. That’s a big deal, and I hope that it will allow us to keep the momentum we’ve had in the last decade in recruiting these federal operations.”

While Estep admits the process has been frustrating, especially since he believes technology should be the first priority for any state investment, he’s glad to reach this point.

“Not only am I excited by the fact that we finally are moving forward, but when you consider the potential for what this means for our community and state, it’s very satisfying. I’m thrilled to be taking it to this next level,” he said.

Estep and his new vice president, Rod Rogers, are confident they will be able to land additional federal anchors as a part of the expansion.

And they’re thrilled to be able to launch a new initiative to make the park even nicer, with the addition of quality of life amenities including walking trails and a wellness program.

“We’ve got to be able to attract and retain high-quality employees,” Rogers said. “The quality of employees that we’re going for like a wellness concept, so we’re putting in a wellness program with an in-house pool, hot tub, sauna, a workout area and a patio for early morning yoga classes and spinning classes. Then, there will be a series of trails that go throughout the property, down next to a series of streams and creeks and ponds.”

The trail will be unique and eye-catching, Rogers said.

“There’s not going to be anything like it in the United States,” Rogers said. “The trails will be illuminated with solar panels and have a camera system that feeds into our security system, complete with panic buttons along the trail. But what really sets us apart is the coating along this trail. It’s spongy, and during the day it absorbs solar energy. At night, once the sun goes down, it emits a blue glow. …

The huge satellite dishes and modern design of the first two phases of the park already draw significant attention to the facility.

But it is the work of the facilities and employees within those appealing buildings that remain the true drawing cards.

And Estep and Rogers are prepared to use all those qualities to continue the success that has been so key to West Virginia’s development as a strong base for high technology industries.

We applaud their efforts and look forward to more good economic post along the I-79 Corridor.