U.S. towns with federal workers brace for impact as the shutdown continues 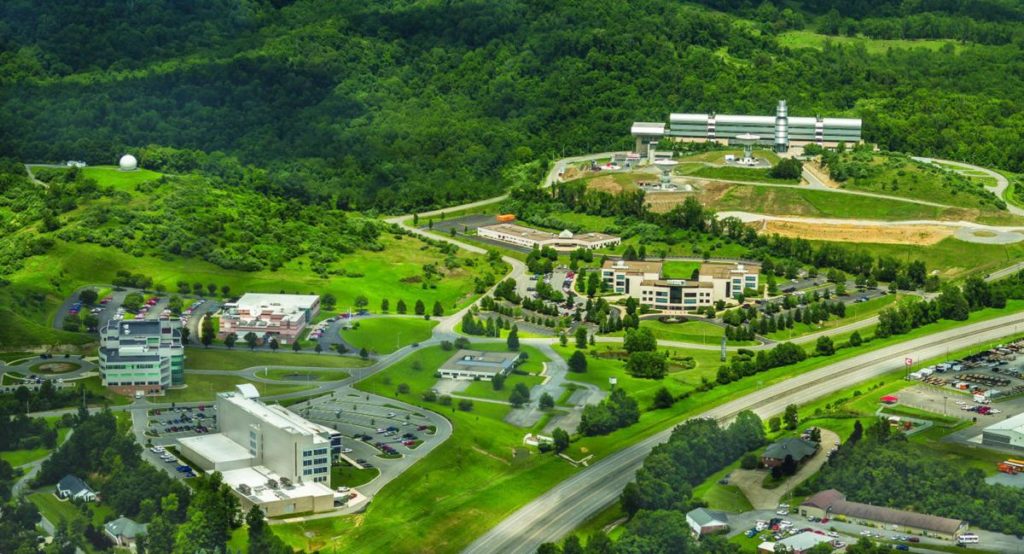 By Heather May, Annie Gowen and Joel Achenbach January 6 at 6:40 PM

OGDEN, Utah — The snowy streets of Ogden are quiet these days. Parking lots are half-empty. Restaurant sales have dropped. Without federal workers to serve, Bickering Sisters cafe has cut the hours of its lunch service.

More than 4,000 federal employees who work for the Internal Revenue Service and U.S. Forest Service have been furloughed from their jobs in this outdoorsy haven north of Salt Lake City as part of the partial government shutdown. The closing of federal offices has reverberated across the city of 87,000, where roughly a third of annual revenue comes from the sales tax.

Far away from the behemoth federal office complexes in Washington, small towns and cities with workforces dependent on government jobs are beginning to feel the pinch of one of the longest shutdowns in history, now at more than two weeks old.

Many of the affected federal workers — including 10,000 people in Utah, 6,200 in West Virginia and 5,500 in Alabama — have salaries far below the average $85,000 for government employees. But those paychecks drive local economies, and workers are starting to make tough choices about how to spend them — eating out less, limiting travel and shopping at food pantries instead of grocery stores — creating a ripple effect through the neighborhoods and towns where they live.

With President Trump predicting the shutdown could last months or even years, these towns are preparing for a long-term economic blow.

“The lunches that are missed and the shopping that is missed, people are staying at home, and that really hurts our small-business community,” said Tom Christopulos, director of community and economic development for Ogden. He expects the town will take a hit on its weekly sales tax revenue of $314,000, which could delay parks and roads projects.

Foot traffic along the historic 25th Street commercial corridor has dropped dramatically — and so have sales at Marcy Rizzi’s bookstore two blocks from the James V. Hansen Federal Building.

The shutdown “definitely has an impact,” said Rizzi, owner of Booked on 25th, as she managed an empty store at lunchtime on Friday.

Other shopkeepers she knows are “more liberal leaning,” so they already had misgivings about the government under Trump, she said. But now that he is “willing to impact local, everyday citizens over a wall? You hear people [complaining] about that.”

Furloughed IRS employee Krystle Kirkpatrick, 31, said she and her family of four can scrape along on her partner’s machinist salary for a while, but she’s already thinking about signing up to be a plasma donor to earn extra cash. That would bring in $200.

“It’s not okay with me for my job to be used as a bargaining chip when people on either side don’t get what they want and they can’t come to an agreement,” she said. “I just want to work.”

Some politicians whose constituencies include large numbers of unpaid federal workers have been measured in their comments about the shutdown. Sen. Mitt Romney (R) of Utah has strongly supported Trump’s border wall proposal but has carefully weighed his words on the shutdown.

“I’m concerned about the financial challenges that many Utah families and businesses could face as federal workers start to miss paychecks. That’s especially true in Ogden, given the thousands of federal employees there who work for the IRS and the U.S. Forest Service,” Romney said in a statement to The Washington Post. “I’m hopeful this will be resolved soon in a way that protects border security and reopens the government, and that’s what I’ll be focused on with my colleagues as negotiations continue.”

About 2,200 workers at NASA’s Marshall Space Flight Center in Huntsville, Ala., have been furloughed, leaving nearby restaurants worried about the economic fallout. Workers are making plans to cut back on expenses, anticipating the budget crunch after the first direct deposit doesn’t arrive in the coming days.

For Meghan Nester, a Huntsville resident whose husband has been furloughed from the NASA facility, that’s when things will get “a lot more real.”

Some needs will have to be delayed for her single-income family of five, she said. The stove will remain broken, and she’s not sure whether she’ll be able to pay the $1,000 deposit for her child’s braces.

“I know how hard my husband works, and it must be demoralizing to be sent home with no pay and no resolution in sight,” she said.

Speaking on the Senate floor Thursday, Sen. Doug Jones (D) of Alabama pointed to affected federal workers in his state as a reason to end the shutdown.

“We are not doing our job, and tens of thousands of our constituents are paying the price. More than 5,000 federal workers across Alabama were furloughed or worked unpaid through the holidays,” he said. “Vital Coast Guard employees, who are not paid under the Defense Department’s budget, don’t know if their next paycheck will come.”

But Rep. Mo Brooks (R), whose district includes Huntsville, has strongly supported Trump’s funding demands for the U.S.-Mexico border wall that triggered the shutdown, saying Democrats have “American blood” on their hands from people killed by undocumented immigrants.

In Clarksburg, W.Va., a struggling industrial city reinventing itself amid a declining coal industry, a massive FBI complex has become a bulwark of economic stability. The complex was a signature achievement of the late senator Robert Byrd (D), who represented the state for 51 years and was passionate about bringing federal dollars into West Virginia.

The burgeoning Interstate 79 technology corridor between Clarksburg and Morgantown has attracted NASA, the Department of Commerce and the National Oceanic and Atmospheric Administration, along with the 2,500 employees at the FBI facility.

But now, that economic foundation is shaking. Workers at the FBI crime lab are deemed essential, so about 2 out of 3 remain on the job without pay. The shutdown is also hitting private contractors and support staff, local industries that have flourished with the growing federal presence.

Restaurants and gas stations nearby are expecting reduced sales.

“As each day goes by, I’m sure you’re going to worry some more,” said Jim Estep, president and chief executive of the High Technology Foundation, which lobbies for federal agencies to relocate to West Virginia.

Federal workers assume that they will get their back pay when the shutdown is over, but that is not guaranteed, and it is unclear how long the stalemate in Washington will last.

The private contractors that supply services — including information technology and custodial work — may never recoup their lost income.

In a state where nearly 70 percent of voters supported Trump in 2016, the political fallout is mixed, Estep said.

West Virginia’s Democratic senator, Joe Manchin III, signaled his impatience with the duration of the shutdown, which he called “embarrassing” for Democrats and Republicans. Meanwhile, the state’s Republican senator, Shelley Moore Capito, called for an agreement to reopen the government that “includes resources to strengthen border security,” according to Tyler Hernandez, Capito’s spokesman.

Rocco Muriale, owner of Muriale’s Italian Kitchen, which has been serving meals in Fairmont, W.Va., since 1969, said the federal government filled a void left when coal mines closed.

“A federal workforce here, along with the pay and benefits that they receive, has brought stability into the area,” said Muriale, 68.

Just not at the moment.

“These people have bills and car payments and house payments just like the rest of us. Put the political nonsense aside, and focus on what’s best for the people,” Muriale said.

He declined to share his partisan leanings but said, “I’d like to see calmer heads come into play and get this settled.”

In Ogden, Catholic Community Services of Northern Utah has opened its food pantry to federal workers affected by the shutdown, waiving the regular poverty-level income requirements. The workers will be able to get free food twice a month with an ID or pay stub if the shutdown continues.

Most of the initial 50 households had never used the pantry, said CCS case manager Deborah Nielsen.

Sophia Lopez, a 25-year veteran of the IRS, piled cereal, loaves of bread, bags of avocados, apples and other food into a shopping cart.

“It’s kind of embarrassing to come to this,” said Lopez, a 53-year-old single mother who cares for an adult disabled son. “But now that it’s lasted so long, and I don’t know when we’re going back, I have to. I’m like scrimping and scraping.”

The financial insecurity has brought her to tears, she said. Her boss recently heard that her job will be considered exempt starting Monday, meaning she will have to go to work but won’t get paid.

“I’m really angry at the president,” she said. “How can he do this to his own people?”

Chris Zenger, owner of Great Harvest Bread Co., one of the closest restaurants to the federal building, estimates his sales have dropped by half. The lunch rush used to last an hour. Now, it’s 20 to 30 minutes.

“My mood is a little worried but still staying positive,” he said.

He used to grumble when the parking lots were packed with working government employees because his customers couldn’t find open spots. Now he wishes the lots weren’t so empty.

“Everyone has a little anger towards the government because of stupid decisions they make,” he said. “People still need to work and to make an income. It just doesn’t seem fair or right.”

Gowen and Achenbach reported from Washington.

Article originally published by The Washington Post on January 6, 2019