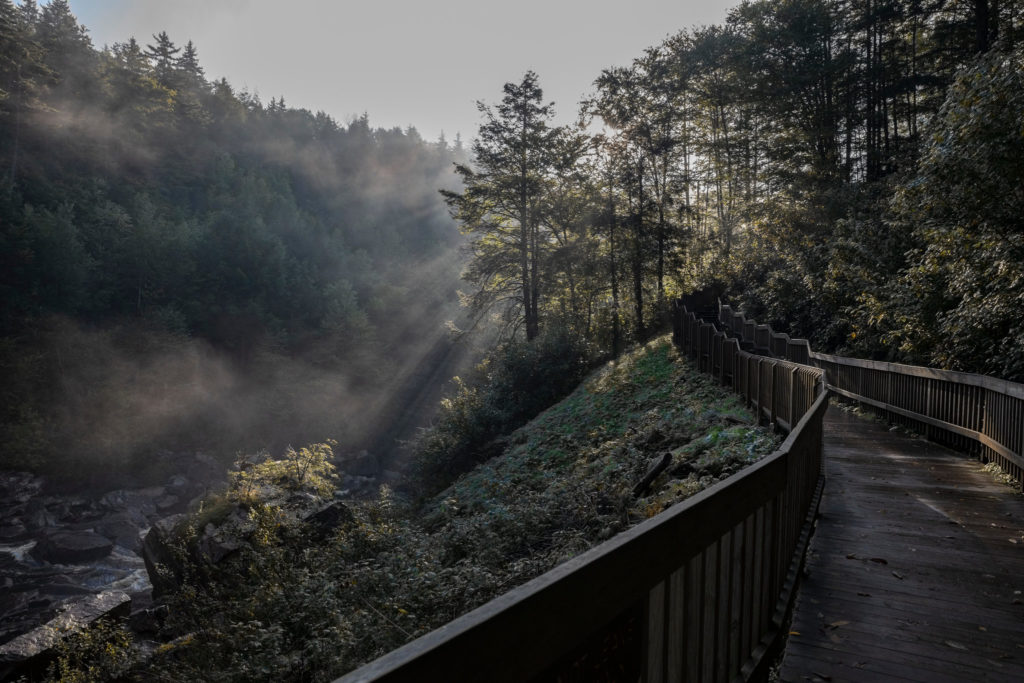 The American rural experience, as told by Henry David Thoreau and Aldo Leopold, is all about becoming immersed in largely unpopulated, natural places. For weary urbanites, such places offer a chance to find solitude and reflect. Too often, it seems, the scattered towns that dot these landscapes are ignored, lost in the shadow of their wild surroundings.

So it goes for West Virginia. The mountains — and the wilderness that blankets them — are the stuff of American lore: blue forests, trout-filled creeks, pristine backcountry. For many visitors intent on hiking, biking or rock-climbing, the communities of Appalachia, with their rich folk culture and rugged individualism fail to register.

The mountainous belt that stretches down West Virginia’s eastern side is one of the few large tracts that have resisted development in the eastern United States. While persistent poverty still weighs down many corners of the region, travelers coming to experience its natural gems have, in recent years, fueled a modest resurgence in the towns that lie near them. Joining an old guard of native residents, an influx of outsiders has helped resuscitate communities that were all but burned out after the near-collapse of the coal and logging industries in the earlier part of the 20th century.

That so few of these places are familiar beyond outdoor recreation circles is a pity, especially when it comes to towns like Davis, Thomas and Fayetteville: three distinctive communities that are thriving because of — and in spite of — their rustic surroundings.

Tucked in a valley at the northern base of the state’s panhandle, Davis is easily missed on maps. Though just 10 miles from the Maryland border, its surroundings match many of the stereotypes of Appalachia: abandoned gas stations, junkyards, the unsightly, fuming smokestacks of the coal-fired Mount Storm power station.

Yet an unmistakable energy fills Davis’s short main street, lined with homegrown businesses: pubs, upbeat cafes, quirky boutiques. Above them, on a gentle hill, houses are arranged in neat rows.

Situated on the northern edge of the Monongahela National Forest, high in the heart of the Alleghenies, Davis is a convenient access point to some of the most uniquely challenging trails in the East. Paths that wind through the Canaan valley are a major draw for mountain bikers and cross country skiers; hiking trails offer gentler treks to points overlooking the valley and Blackwater Falls. Several outdoors stores in Davis cater to these adventurers.

On a June morning, packs of cyclists were flocking to Blackwater Bikes, a prominent bike shop along the main drag. There, a crowd had assembled for the annual Canaan Mountain Bike Festival, with riders of all ages sorting themselves into groups for day trips around the area.

Inside, Matt Marcus, a former owner who now lends a hand around the store, was assisting a steady flow of patrons seeking last-minute adjustments and repairs. Mr. Marcus left a job as a bike courier in Washington, D.C., to move to Davis in 1988, and owned the shop through the 1990s. Davis was one of the earliest centers for elite mountain bike racing in the East, and in Mr. Marcus’s early years there, the town was notorious for grueling racecourses, so punishing that they often attracted national attention.

“That was a boom time for mountain biking, back before the internet when people were still getting outside,” said Mr. Marcus, who lives nearby.

By every indication, that appeal lives on. Well over 200 people had come from as far away as Massachusetts and Wisconsin for the festival, and many bikes were splattered with mud from rides in preceding days. Davis hosts several competitive races throughout the summer and fall.

As people filtered into town from their excursions in the outlying woods, many headed for Hellbender Burritos, a purveyor of boldly inauthentic Mexican-inspired food, like burritos stuffed with homemade seitan and blue cheese dressing. Others went for beers at Stumptown Ales, Davis’s brewery, named for the town’s once-prosperous logging industry.

A more artistic scene can be found in Thomas, W. Va, three miles away. Davis and Thomas are roughly equal in size, with around 600 residents each. Thomas, perched on the North Fork of the Blackwater River, caters to a more indoor-oriented crowd, with art galleries and bright coffee houses like the Purple Fiddle, a festive haunt that has live folk and acoustic music every weekend of the year.

Many patrons at the towns’ art houses and breweries drive in from neighboring states. Remote as they appear, Thomas and Davis lie in the middle of one of the most populous parts of the United States — a three- to four-hour drive from the Baltimore-Washington, D.C., area, Virginia, Ohio and western Pennsylvania. For outdoor enthusiasts in this radius looking for a weekend trip, the hilly terrain around the towns is some of the best in the area.

Fayetteville: A Mountain Town Built on the Edge

If Davis is a portrait of a mountain town in the early stages of renewal and change, Fayetteville offers a glimpse of what’s to come. Several hours to the south, the town is built around a natural wonder: the New River Gorge.

Despite the name, the New River is thought to be among the oldest rivers in the world. Over hundreds of millions of years, the river has carved a yawning path through the Appalachians, creating tall cliffs and wide, wandering turns. These features put Fayetteville alongside world-class white-water rafting and kayaking sites, and there are also over 1,400 rock-climbing routes. A dozen or so hiking trails cut right to the rim of the gorge, providing striking, panoramic views of the river valley.

With a population of just under 3,000, Fayetteville has the character of a mature town. While Davis never grew much beyond its beginnings as a modest coal processing and logging town, Fayetteville enjoyed a much longer period of prosperity, driven by large-scale mining along the gorge. In 1977, the town also benefited from the construction of the New River Gorge Bridge, a mammoth, federally funded project that gave Fayetteville easy access to the other side of the river.

Besides becoming one of the most recognizable landmarks in the state (the bridge was chosen as the symbol of West Virginia on the state’s quarter), it is now a magnet for another breed of outdoor thrill seeker. On the third Saturday in October, hundreds of BASE jumpers flock to Fayetteville for Bridge Day, the one time each year that jumpers are allowed to fling themselves from the bridge and parachute more than 800 feet down to the riverbed below. The sanctioned jumping on Bridge Day is among the only exceptions ever made to a strictly enforced ban on BASE jumping in national parks.

For visitors, there are a host of charming amenities. Just outside town, Rick Arnt and his wife, Lois Amos, operate their delightfully offbeat bed-and-breakfast, the Country River Inn, housed in the old Fayetteville schoolhouse. Former class rooms have been repurposed as large, well-lit guest rooms, and the couple added a back deck with a pool and hot tub. Downtown, just feet from the site of a Civil War skirmish, artisan deli fare is served at the Secret Sandwich Society and a rotating seasonal menu of American home-style cooking at The Station.

Like all places where tourism is a major driver of change, the threat of trendier establishments overrunning the local scene feels real in Fayetteville. At least for now, though, the balance seems to be holding. In sharp contrast to flashier bars near the center of town where local hard ciders retail for $16 a bottle, there are other options like Charlie’s Pub, a lively, unpretentious watering hole where smoking indoors is allowed and retired miners share memories of growing up nearby, drinking from frozen-over pails in the winter.

The deep significance of the land to the local identity is as unmistakable in Fayetteville as it is in Davis. The same mountains that kept the region isolated and poor for so long would later be the source of prosperity from natural resources like coal, stone and hardwood. Today, the mountains are again a place of employment for many locals, but in a different form, as their splendor and sloping trails have become some of their most valuable assets. For visitors and locals alike, the state motto has a common resonance: mountaineers are always free.

Article originally published by The New York Times on October 9, 2018