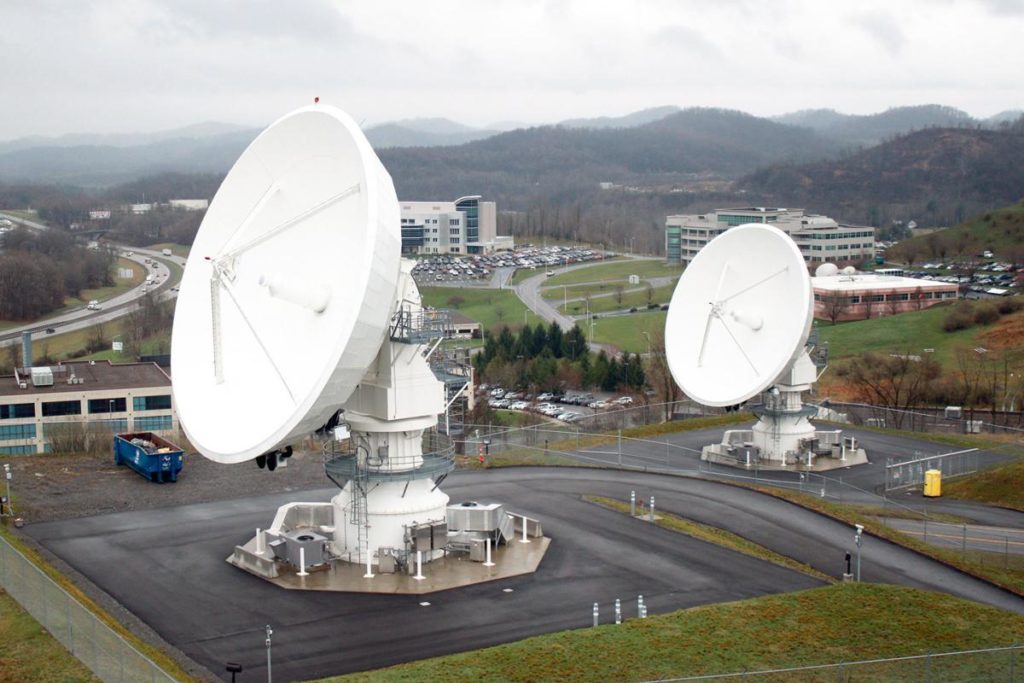 FAIRMONT — Because of Hurricane Florence’s devastating size and its potential to inflict catastrophic damage in the eastern United States, officials with the nation’s weather satellite agency decided to “activate” their data backup site at the Robert H. Mollohan Research Facility this week.

“NOAA (the National Oceanic and Atmospheric Administration) activated its Continuity of Operations Plan site in Fairmont as a contingency for any storm impacts at the NOAA Satellite Operations Facility in Suitland, Maryland, or the Wallops Command and Data Acquisition Station in Wallops Island, Virginia,” NOAA spokesman John Leslie told The Exponent Telegram Thursday.

The environmental and weather-data backup facility, including three 16.4-meter satellite arrays, is located in Fairmont at the I-79 Technology Park.

High Tech Foundation President and CEO Jim Estep said he noticed a dramatic increase in activity at the site well before Florence hit the Carolina coastline.

“You can see the systems are engaged,” Estep said of the massive data servers housed inside the 54,0000 square-foot Robert H. Mollohan Research Facility.

“The Fairmont Consolidated Backup site ensures that the NOAA weather satellite data will be available to the National Hurricane Center, even if the primary operations sites are impacted by the storm,” Estep added.

Backup sites like the one in Fairmont are part of NOAA’s mission to ensure continuity in operations, but this is the first time the Fairmont facility has been activated because of a weather event, Leslie said.

“We haven’t had an actual activation of the CBU since we went operational,” Leslie said. “We use the equipment at Fairmont routinely in our operational software installation and testing and in our spacecraft testing.”

Much of the Florence imagery and animation the Fairmont facility is collecting is coming from the Geostationary Operational Environmental Satellites (GOES)-East satellite.

“Together we refer to them as the Consolidated Backup,” he said.

“The average person on the street has no idea just how important this program is to our country and world, but it is a big deal,” Estep added. “We are one of two places on the planet that is providing command and control and management of the two most important non-defense satellite programs in the world.”

Estep’s view on the importance of the Fairmont Consolidated Backup Facility was echoed by NOAA Office of Satellite and Product Operations Director Vanessa Griffin in a related article published in April.

“Should something happen to our primary facilities, whether that be our command and control facility in Maryland or should we lose power or have some problems with it, we have the ability to transfer operations, our computer systems, as well as our people, over to Fairmont,” she said.

According to Griffin, Fairmont was chosen as a NOAA back-up site mainly because of its infrastructure, cost and proximity to the Washington, D.C., area.

“Fairmont was an optimal location,” she said. “We had the ability to get the facilities we needed, and it’s only an eight-hour drive.”

NCWV Media Business Editor John Dahlia can be reached at 304-276-1801 or by email at jdahlia@ncwvmedia.com.