State economy must adapt to expand 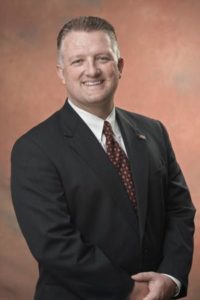 We must stabilize the coal industry.

We must maximize the potential of the petrochemical industry.

We must diversify the existing economy.

State and private efforts are underway to both try to stabilize coal production and maximize the economic benefit of a petrochemical industry.

Diversifying the West Virginia economy must be the state’s top priority. Moreover, diversification of the economy with a knowledge sector component is critically important for a couple of reasons.

First, the knowledge industry has become the biggest and fastest growing sector in the country. Therefore, West Virginia must participate in this sector in a meaningful way to truly have a healthy and balanced economy.

Second, by developing a basis for participation in the knowledge sector, we can correct the biggest economic weakness facing West Virginia, namely, a broken workforce demographic.

This workforce issue is significant because West Virginia is currently facing nothing less than a workforce crisis. That statement is not hyperbole — it’s a reality. In fact, West Virginia has had a self-inflicted workforce handicap for decades that has gone unaddressed and virtually ignored.

The “red flag” for this handicap has been our perennial ranking of 50th in educational attainment. It’s only now that we are finally realizing that this “red flag” represents the primary reason we have been ranked 50th year after year in virtually every economic report.

Coupled with the gradual mechanization of coal and the dramatic drop in coal production over the last few years, the educational attainment handicap has been the catalyst for the workforce crisis West Virginia is now facing.

It’s important to put the magnitude of this challenge in perspective. Economic diversification does not happen overnight or even in just a few years — it must be cultivated over many years and decades. Diversification efforts should have been initiated 40-50 years ago in West Virginia and then nurtured along with continuous investment.

That never happened, leaving today’s government leaders with the monumentally difficult task of dealing with a challenging workforce conundrum.

When a state economy is dominated by one sector, such as coal, that sector drives the composition of the state’s workforce demographic.

For example, in many cases a worker in the West Virginia coal industry didn’t even need a high school diploma to make a great living.

That’s not a bad thing — on the contrary, that’s awesome for the segment of the workforce that doesn’t desire higher educational attainment.

Because West Virginia never invested in other industries that offered any tangible quantity of jobs requiring higher educational attainment — the state workforce has been disproportionally defined by the requirements for coal jobs. As a result, the workforce demographic is now unbalanced and literally the least competitive relative to the current national economy.

The “Catch-22” for West Virginia is that to improve this ranking requires competitive participation in the national economy and a diversified economy.

The state therefore must put substantial resources towards a strategy for the institutionalization of a knowledge-sector business case in the West Virginia economy that is strong enough to overcome the workforce imbalance.

Is the coal industry to blame?

Nevertheless, “it is what it is,” so we must immediately execute a strategy to fix it.

Fundamentally, that strategy must be based upon a sustained workforce recruitment effort tightly coupled with an effort to build the business case for a knowledge sector in West Virginia.

Jim Estep is president and CEO of the West Virginia High Technology Foundation.