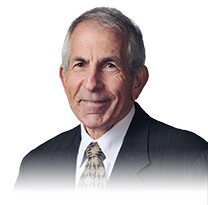 Michael Green is an advisor, investor and board member for several privately-held technology companies.

He dedicates much of his time to working with early-stage companies, angel investment groups and coaching entrepreneurs.

In addition to serving on the High Technology Foundation Board, Mr. Green also serves on several Boards at West Virginia University and was the former President of the West Virginia State Board of Education. He also chairs the West Virginia Growth Investment Fund, an Angel Fund providing funding and mentorship to entrepreneurs and early-stage companies.

Mr. Green began his career in 1969 as a mathematician, cryptanalyst and software developer at the National Security Agency. In 1979, he left the federal government and entered the private sector and held multiple executive roles in several start-up technology companies.

In early 1992, he joined FORE Systems (a manufacturer of high-speed networking equipment headquartered in Pittsburgh) and served as senior vice president and general manager of global sales. After FORE, he was lured out of retirement and served as president of field operations for Loudcloud Inc. (a web cloud services venture, later renamed Opsware, then sold to HP), founded by Internet legend Marc Andreessen.

Mr. Green earned a bachelor’s degree in mathematics from Boston University and a master’s degree in numerical science from Johns Hopkins University. He and his wife reside in Morgantown and have four children and eight grandchildren.