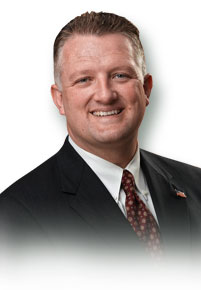 James L. Estep has served as President and Chief Executive Officer of the High Technology Foundation since June of 2000.  The flagship of the High Technology Foundation’s efforts is development of the I-79 Technology Park to serve as a catalyst to facilitate the growth of a regional knowledge sector.  Jim’s efforts have positioned the I-79 Technology Park as the premier economic diversification effort in the state.  Under his leadership, the I-79 Technology Park has expanded to almost 400 acres and over 800,000 square feet of Class A office and lab space.  Jim has led highly successful recruitment efforts attracting both government and private tenants to the park who have contributed substantially to the business case for a regional knowledge sector.

Recruitment at the I-79 Technology Park has included several high priority national programs, such as NOAA’s Environmental Security Computing Center, one of the most advanced supercomputing centers in the nation.  Jim led the effort to recruit two of the nation’s most critically important satellite ground station operations, namely the Geostationary Operational Environmental Satellite program and the Joint Polar Satellite System.   In addition, Jim recruited the U.S. Department of Commerce and NOAA Enterprise Security Operations Center or “ESOC” to the park.  Placement of the Commerce Department’s ESOC in north central West Virginia has positioned the region to play a substantive role in the rapidly expanding national cybersecurity sector.  In 2018, these programs alone accounted for over $650 million in local contract awards contributing to the growing critical mass of a West Virginia knowledge sector.

Mr. Estep is active in several business and technology efforts around the state and serves as a current Board Member and past Chairman of the Mid-Atlantic Aerospace Complex.  He earned a master’s degree in computer science from West Virginia University (WVU) and a bachelor’s degree in computer science from the West Virginia Institute of Technology.

A native of Braxton County, Mr. Estep resides in Morgantown with his wife Melissa.  They have three children and two grandchildren.