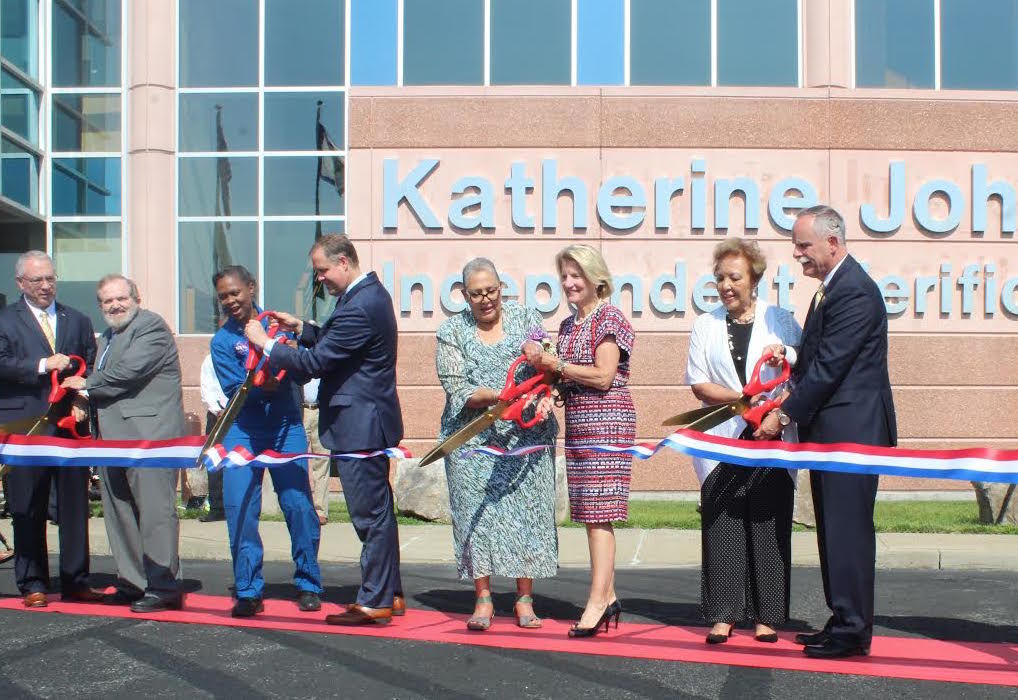 part of the U.S. space program.

Johnson, who worked at NASA from 1953 to 1986 and was a member of the NASA team tasked with landing a man on the moon, was born in White Sulphur Springs in 1918.

She was responsible for calculating the trajectory for the first manned spaceflight undertaken by the United States in 1961 and went on to do the calculations required for the first moon landing in 1969.

Johnson received the Presidential Medal of Freedom in 2015 and was inducted into the Paul E. Garber First Flight Society Shrine in 2018 at the Wright Brothers National Memorial.

Although Johnson, who is now age 100, was unable to attended Tuesday’s ceremony, Moore said her mother was present in sprit.

“We are channeling her right now because if she could have she would have been here,” Moore said. “We are able to share with the grandchildren and the great-grandchildren, and it’s just an awesome feeling to know that women like Mom, and there are lots of them, have been recognized for their work and quality of work.”

Hylick was overcome with emotion when speaking about her mother’s career and accomplishments.

“When I came up the hill this morning it just took my breath away because I never believed that this could happen,” she said. “We’re just glad she’s still

her to know about it.”

“Katherine Johnson is a legacy icon for West Virginia with her incredible STEM work, so it’s great be out here to rename this facility in her

honor,” she said. “When I see young girls here, I think about how inspirational she is in terms of the future. These kind of aspirations and dreams are what I think West Virginia girls want to hear all the time, and they can see that it’s been done with Katherine Johnson and it’s being done today.”

Dr. Yvonne Cagle, a former NASA astronaut and current NASA manager, said Johnson is a personal role model and hero to her.

“It’s so historic for me. This is giving voice to the vacuum of space, so that people know that not only is there so much out there to learn and discover but that there is space for all,” she said. “Dr. Katherine Johnson said that you don’t have to just dream, you can do the math, too. That’s what really takes it off-planet. I’m really honored to be here today, and I wouldn’t have missed it for the world, or the multi-verse.”